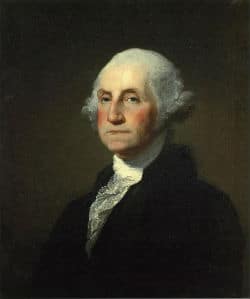 Presidents Day is celebrated on the 3rd Monday of the month every February in the USA. It marks the birthday of the first American President George Washington (which was actually on February 22nd, but we like to have our holidays on a Monday!)

‘Happy Birthday to you!
Let’s go to the zoo!
They’ve got a gorilla
And it’s his birthday too!’

The Sixth Great Idea (but not the last, because I’m sure you can think of loads more yourself!):

If you have your own Great Ideas for Presidents Poems, why not share them with me? I’d love to hear your ideas and read your President’s Day poems. Happy writing!